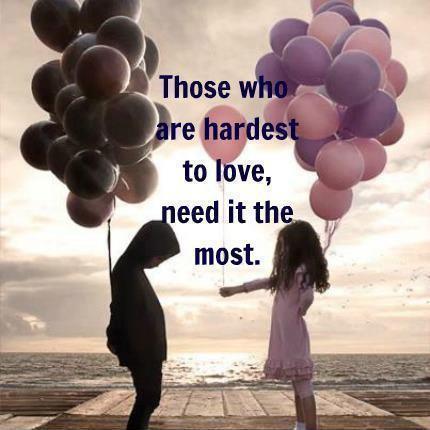 I was watering my bushes a few days ago. I noticed that after a year and a half of planting and watering just about every day, some of the bushes were beginning to grow and the buds were actually blossoming! I was THRILLED at the SIGHT of life, because up until now, though I was diligent with their care, my flowers seemed pretty unresponsive. The new blooms motivated me to water more. I even watered the couple with the biggest blossoms a bit longer because they had become my prize. I then looked over to the four that were not blooming and I grew frustrated. I didn’t even want to waste my time watering them. Something must be wrong with them if they couldn’t produce the same results after the same care! THE NERVE!!!! I mean, they have given no evidence of even THINKING of blooming!!! I even considered uprooting them and planting something more “suitable” for success.

At that moment, the Lord showed me the correlation between my frustration about the non-budding bushes with how often times we as a society can become toward others that behave in a similar manner. Think about it. How easy is it to write a person off, to become offended, to hold a grudge or withhold mercy on a person who acts in an unbecoming manner that may be different from otherwise attractive behaviors. How often are we repelled by a co-worker, a neighbor, a child, even a spouse who seems to have missed the mark on seemingly obvious objectives. ESPECIALLY when you have gone out of your way to extend an extra amount of mercy toward them… THE NERVE!!!!!

I remember my last year teaching, I had a student in 1st period named “John.” Since I actually loved teaching and even more so, LOVED the students, I never had many discipline problems. My students could see my sincere care and determination for their success, it created a mutual relationship of love and respect. However, “John” was one of the toughest in all my career. He showed up late just about every day, he sat in the front row and attempted to sleep regularly; when he WAS awake, he sat there, unprepared and unmotivated to do ANYTHING, and often times became a MAJOR distraction. Though I had to continually redirect him, something in me could not give up on “John.” This kid challenged me to my CORE, but I knew he was capable of fulfilling the tasks put before him. It was his senior year, he had made it this far, and I was NOT about to let him FAIL. He required EVERY drip drop of my patience, but I wouldn’t accept less than his best and I encouraged him to get through.

I realize extending this kind of grace takes an enormous amount of tolerance, perseverance, and strength. People can be super- extra difficult at times! It is SO easy to just throw our hands up and quit. I mean, even if “John” MAKES it out of high school, even if those plants do get a little stronger, it is so much easier to devote the energy to a person/plant that appreciates the love, or at least shows PROMISE of success.

I remember my students asking me that same question… “Mrs. Harper, why do you keep working with “John,” you know he’s not even going to graduate! He doesn’t even care!” What they didn’t know, and what I didn’t even know until later, was that John’s dad walked out on their family the year prior. It had a devastating impact on them emotionally and financially. His mother had a to carry a weight that was too much for her. They lost their home, and were forced into some very unbearable living conditions. This certainly took its toll on “John” and he began to act out, lose interest in school and everything else.

From somewhere deep inside, without knowing this prior, I was devoted to seeing “John” win. I remember explaining to the class that if we all treated John the way he deserved to be treated based on his behavior, he would see frustration and annoyance from his teachers, his mother, his classmates, his family and everyone in his life. How would that make him feel? How could he POSSIBLY blossom in that case? But what if we treated him like we hoped he would be. What we wanted him to become? What if we loved on him. What if when he acted out, we didn’t retaliate with anger, but redirected him with compassion? Considering how challenging his behavior was, this seemed a near impossible task. But I was up for the mission and was sure to model it in front of my students.

I know this is not easy. I know. But what I have come to appreciate is the one who is the most challenging, the one who is the most unloveable, the one with the threat of failure, is the very one that needs love the most. We simply cannot give up on people who don’t have it all together, who present a challenge, even those who act out. That is the expected response. That is what they are used to. That won’t help promote a change or motivate them to rise higher. We must reach deep into our hearts… DEEP (lol) and find that compassion. Extend that mercy. Overlook that offense. I am convinced that love never fails. I am settled that if we rise to a higher place, we can win over the hardest of hearts.  We can inspire that tough individual to overcome.

I will never forget graduation 2014. I sat on the field during the commencement as a proud teacher of the graduates. We were to sit with them, help supervise, and escort them off the field after the ceremony. One of the proudest moments of my teaching career happened at the end as the graduates engaged in a procession off the field. “John” came up to me with tears streaming down his face, beaming with pride and gratitude. He looked me in my eyes, and with all sincerity told me, there was no way he would have made it to this moment without me. He apologized for being so difficult to handle and concluded his message with, “thanks for never giving up on me!!!” It was the last class of my career, but that lesson was one of the greatest of them all.

Though you may put forth great effort, though you may not always understand, though that difficult spirit may push you to your limit, somehow go to that place deep down in your heart and activate that compassion, extend that mercy, muster up that hope, water those plants and love the seemingly unloveable. It may just be the very ingredient necessary for them not to fail…